No one can truly define how beautiful it is for a parent to raise their child. We can quantify, however, how resource-intensive it is to do so.

Calculating how much of a financial burden a child would be is not selfish or cold-hearted. It is essential for anyone who wants a child to understand if they are in a suitable financial situation.

So, how much does it cost to raise a child?

We have the answer to that and seven other vital questions you should consider if you’re planning to have a baby.

How Much Do Kids Cost?

The costs associated with raising a child depend on several factors, the primary one being where you live or plan to raise your family. In our case, we will consider how much it would cost the average American family to raise a single kid until they turn 18.

Based on a 2015 paper by the US Department of Agriculture, the overall price to raise a child born in 2022 to average-income parents could be estimated at $272,049. This figure is adjusted for inflation and doesn’t take into account the cost of higher education, so it’s less than the total cost to raise a child through college. The average annual price comes to $15,113—roughly 30% of the average US yearly wage of $51,916.

We mentioned the average US annual wage, but the average annual household income is higher, standing at $87,864. That means that if both parents work, only about 17% of an average American household’s income is needed to raise a child.

So, kids cost quite a lot.

Fortunately, each additional child costs less, thanks to the wonders of economies of scale.

1. How Much Does It Cost to Raise a Child Monthly?

2. How Much Does a Kid Cost per Year?

Per year, a kid costs around $15,000, according to the report by the US Department of Agriculture mentioned above.

About $4,000 goes to housing expenses, accounting for 29% of the cost of raising a child. The second-highest expense, food, stands at around $2,794, just shy of 18% of the annual average cost to raise a child. The third place goes to childcare and education, which take up 16% of the cost. In the fourth position, we find transportation, which accounts for 15% of a family’s annual child-related expenses.

While those are the big four, there are many additional expenses to take into account, such as clothing, entertainment, healthcare, personal hygiene, or grooming, which amount to 22% of the overall sum.

Higher education costs depend on various factors, which makes it difficult to determine the exact figure. However, we can say that it would take an extra $60,000 per year of college.

4. What Expenses Come From Raising a Child?

Raising a child comes with hundreds of thousands of dollars worth of expenses. Let’s take the previously stated sum of $272,049 and break it down into major and minor payments.

As mentioned before, the biggest three are, in order of importance: housing, food, and childcare/education.

Housing is the most considerable expense, accounting for 29% of the total average cost of raising a child. This percentage takes into account all housing-related costs, like mortgage or maintenance, together with rent or the property’s price itself.

Food, which makes up 18% of the total budget, is the second biggest expense. Unfortunately, the US Department of Agriculture expects these costs to rise in 2022 due to inflation and the recent global economic recession caused by the COVID-19 pandemic.

Childcare and education account for 16% of the total sum. These costs, however, do not account for college.

One could include transportation as the fourth significant expense since it alone accounts for roughly 15% of the cost of parenthood. It gets exceptionally high if you plan on buying and maintaining a car for your child once they get a driver’s license.

Other costs include clothing, healthcare, personal hygiene, entertainment, saving for college, and other minor expenses, all of which account for about 22%.

5. How Much Does a Baby Cost per Month?

If you’ve watched the famous Simpsons intro closely enough, you may have noticed that when the cashier scans Maggie, the cash register shows $847.63—the average monthly cost of raising a baby in the US in 1989.

Is that sum still the average in the US?

If you’d like to calculate with greater precision how much it will cost you to raise your baby, we highly suggest using this baby cost calculator at babycenter.com.

6. How Much Does It Cost to Raise a Child by State?

We will now analyze the cost of raising a child per year in each US state. Let’s start from the bottom.

Finally, the three states with the highest costs of raising a child are Maryland, at $25,156, Hawaii, at an impressive $25,828, and the District of Columbia, which is the most expensive on this list, with a whopping cost per year of $28,785.

Seven out of the 10 least expensive states are in the South of the country, which makes perfect sense as the general cost of living is also way lower than in the North.

Raising a child is a costly yet beautiful endeavor. Over a span of 18 years, you’re going to spend close to a quarter-million dollars on a single offspring, but it’s going to be worth every cent of it. 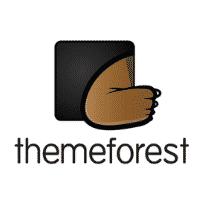 Enjoy 15% Off Your Order

Enjoy 50% Off Your Order 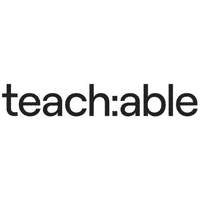 Basic Plan for Only $29/mo When Billed Annually

Pro Subscription for Only $119/mo

Basic Subscription for Only $39/month 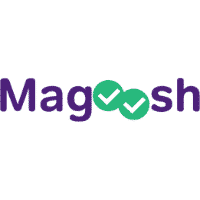 Get Back $10 Off Magoosh Gre Prep