The old money vs. new money debate has been around for generations. If you’ve heard of these terms but don’t know what they mean, this article is for you!

Today, we’ll explain both concepts and help you understand the main differences between them. In addition, we’ll explore how the concepts are portrayed in literature, as well as the main points of conflict between new money and old money individuals.

What Is the Difference Between Old Money and New Money?

While both of these terms refer to wealthy people, the two concepts are polar opposites in many ways. Since old money and new money individuals accumulated their wealth in completely different ways, they tend to lead very different lifestyles. The contrast between their lifestyles is at the root of the conflict between the two groups.

Old money is a term that people use to refer to inherited wealth. In most cases, this wealth has been accumulated for generations, which is where the name “old money” comes from. While the term mostly has the same meaning around the world, there are some notable differences between the families it refers to in different geographical regions.

For instance, in the United Kingdom, old money families have an aristocratic lineage. Similarly, royal and noble bloodlines are usually referred to as old money in most parts of Europe. On the other hand, anyone who comes from a rich lineage is considered old money in the United States.

3. How Do Old and New Money Manage Their Finances?

Every individual has their own way of spending money. Still, experts have identified some general differences in the way old money and new money manage their finances. The contrast between new money vs. old money is not limited solely to their spending, but this is a great starting point for exploring the differences between the two groups.

Since old money families have been accumulating their wealth for generations, many could characterize their spending habits as more frugal. The old money lifestyle is lavish but not extravagant, making this group less prone to over-the-top spending. What’s more, most of these families are committed to maintaining their wealth and setting funds aside for future generations.

On the contrary, new money people are self-made and have generated a large fortune on their own. That makes them more likely to lead extravagant lifestyles and treat themselves as a reward for their hard work. Moreover, many of these individuals aren’t used to having large sums of money at their disposal, which could lead to difficulties in planning and saving for the future.

4. Who Are the Old Money Families in America?

According to Forbes, the richest old money family in the US is the Walton Family. Their wealth comes from a popular American retail corporation: Walmart. Another famous old wealth family is Mars, whose riches come from the candy industry. Other families with generational wealth to note are Koch, Cargill-MacMillan, Lauder, S.C. Johnson, Cox, Newhouse, and Pritzker. Check out Forbes’ complete list here.

5. Why Is There a Conflict Between Old Money and New Money?

While both old money and new money individuals are wealthy, their spending habits, status, and the way in which they generate their wealth are different. As a result, they generally lead different lifestyles. Therefore, many points from the new money vs. old money debate relate to criticisms of one group’s lifestyle by the other.

The most common points old money people raise against new money individuals have to do with the flashiness of their lifestyle. Among the main old money characteristics is a high-class upbringing, so people who come from this world consider extravagant living to be tacky and reckless.

Because a lot of new money people were part of middle-class or low-class families before they became wealthy, their mannerisms and behavior are often characterized as “unrefined” by families with generational wealth. As a result, old money individuals take the lavish lifestyle of the nouveau riche as proof that money can’t buy class.

In contrast, since new money families are self-made, many of them look down on those who didn’t have to work hard to afford their privileged lifestyle. A lot of self-made billionaires have inspiring rags-to-riches stories and pride themselves on coming from a lower class. Thus, they disagree with the negative way many old money individuals perceive them.

The most popular depiction of the conflict between these two types of wealth can be found in the literary classic The Great Gatsby by F. Scott Fitzgerald. The concept of old money vs. new money in The Great Gatsby presents a major point of friction between the main characters and informs most of their decisions throughout the book.

A big theme of the novel is how money and the way someone earns it defines all other aspects of a person’s life. Despite being as wealthy as any other person in his social circle, Jay Gatsby doesn’t come from money, which means that he doesn’t have the old money habits and belongs to a different class at heart. A lot of readers believe that his tragic ending is a direct result of his failed attempt to erase the differences between himself and the old money class.

Many people believe that it’s time to put the old money vs. new money debate to rest due to the superficial nature of the conflict. Still, the way someone accumulated their wealth says a lot more about them than meets the eye. Since these groups tend to lead different lifestyles, it comes as no surprise that the discord between them has persisted for decades. Luckily, this conflict inspired amazing literature gems we can all enjoy today!

Save 30% Off On Your Purchase

Enjoy spring at home and get 15% off CBD sitewide

Save 15% off your entire order 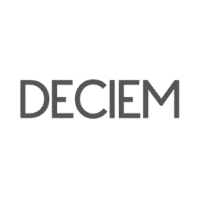 Free Shipping on Orders Over $250